Royal Panda Casino offers you a very regal look at the online casino industry with its quirky, yet popular variation. The casino is still very new in comparison with the majority of sites out there, but they have been making significant splashes over the last year or so to now really make them a force to be reckoned with.

The Royal Panda brand has been online since 2014, but the company behind the name actually have over a decade worth of experience in the casino industry. This, like so many that have gone before them, gives them a new outlook but, still with that wealth of experience behind them, creating a lethal combination. 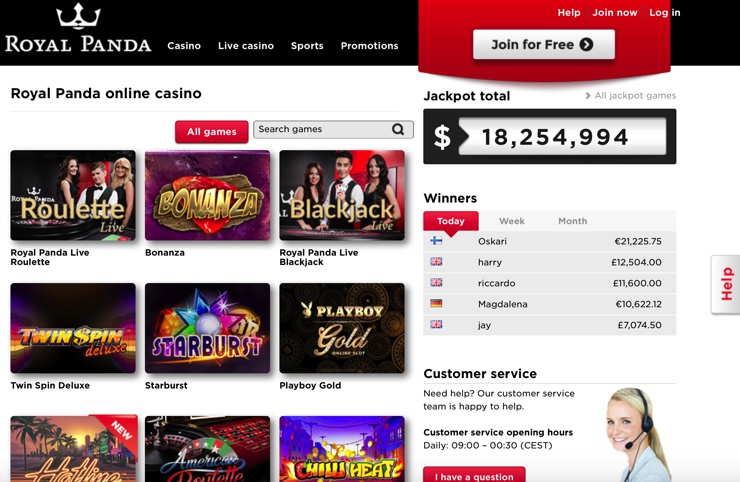 The software on offer is only available via your browser, with no download option on offer. The browser is really slick looking through and with this you are going to be able to access some super fast games.

The sites comes with a good range of games to choose from along with a reasonable number of software providers, including Net Entertainment, Microgaming, NextGen, Leander Games, Geco Gaming, NYX Interactive, Rabcat and Genesis Gaming. Whilst this isn’t the largest batch we have seen, the range is good and the games on offer are more than enough for the majority of online casino players.

You get to choose from around 350 games in total, which again, isn’t huge but more than enough for most. Slots make up a good range of this, but what we liked is that the casino seemed to chop and change titles quite frequently depending on how popular they have become. You’re even able to jump to the ‘Hot and Cold’ slots to see which games are paying out more than others over a specific time frame, which we think might actually be a first for an online casino. 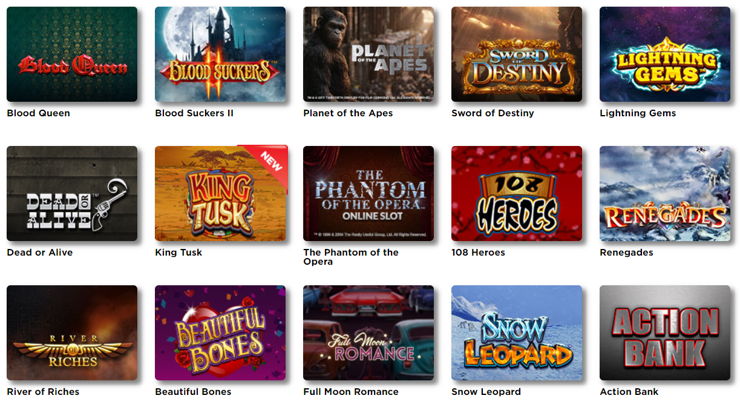 Slots see the majority of games on offer, with over 300 titles to show for it. The games range quite dramatically in all honesty, with some familiar titles that include Stardust, DJ Wild and Theme Park, but they do have quite a few poor games thrown in for good measure. But, that being said, there are so many to choose from, the good games massively out way the poor so you shouldn’t really have too many issues here.

You’ve got 10 variations of blackjack to choose from at the Royal Panda Casino, making it a hot bed for blackjack specific players. Some of the more popular games include VIP, live, blackjack party, European, classic, double exposure and single deck professional series.

You’re also going to be able to get your hands on 10 roulette games as well, with professional series, London, immersive, European, slingshot and American all on offer.

The jackpot range is one of the best that we have come across to be honest. You get 19 titles in total, but the games on offer include all of the big guns from the cross-network jackpot games. These include Mega Moolah, Hall of Gods, Mega Fortune, Arabian Nights and Major Millions. The size of the jackpots will range for each, with the smaller games such as Cash Splash getting around £10,000 to play for, but nigger games such as Mega Moolah often being well in excess of £5million.

Set up in 2014, the company have made some quite ridiculous progress over the last couple of years. To get to where they are today is a real credit to the brand and it just goes to show that all the expertise that they brought on board from within the brand has paid off.

In 2016 the company have been nominated for a number of awards from the iGaming awards and the EGR awards as well. Whilst unsuccessful as winners in any of the nominated categories, it goes to show that not only players are loving life with Royal Panda, but their peers are also recognising the progress they have made in such a short space of time.