Platinum Play Online Casino is one of the oldest in the market at the minute and has been about since 2004. The brand is actually owned by Fortune Lounge Group Casinos, whoa re fairy small with just 3 casinos, with Platinum lay being their main outlet. The site caters for players all over the word, but they do exclude players from the US. If you are looking for US based casinos then you will be best checking out our full range of US-friendly casinos on the site.

This review will be looking at how well Platinum Play performs and also how well they cater for players once they are signed up. 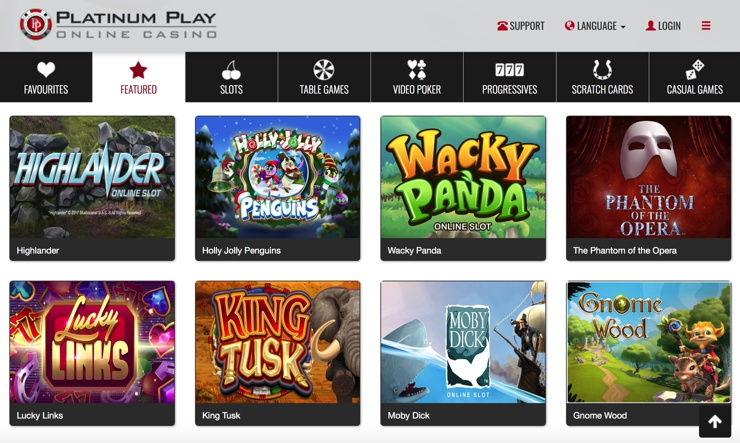 The casino is run by Microgaming, who are one of the biggest game providers in the industry. With this you are going to be able to access a massive range of casino games along with the ability to play on both your desktop and via download platform on offer. With this you can also access the Platinum Play mobile casino that includes a good range of casino games. Although, it’s worth noting that not all online games can be played on mobile at the time of writing.

The site includes a number of features, with probably the most striking being that of the design. It is super modern and very easy to navigate in between where you want to go. You are going to be able to use the sites search feature to find your favourite games and comes in 5 different languages that include English, German, French, Swedish and Norwegian.

You can also see a list of the top winners in real time throughout the casino, along with a graph of the bigger winners and which days they won on. The site comes with a Hot/Cold games section, so you can see a current percentage payout for the best games to target as well as ones that you might want to avoid.

The casino is packed with over 600 games to choose from, making them one of the biggest in the industry. What’s impressive is that the games on offer provide a really good mix between slots and table games, with pretty much everything in between. Also, as they are partnered with Microgaming, they get the first pick of new games on site, that are released on a monthly basis, keeping the casino feeling fresh and removing older, stale casino games. 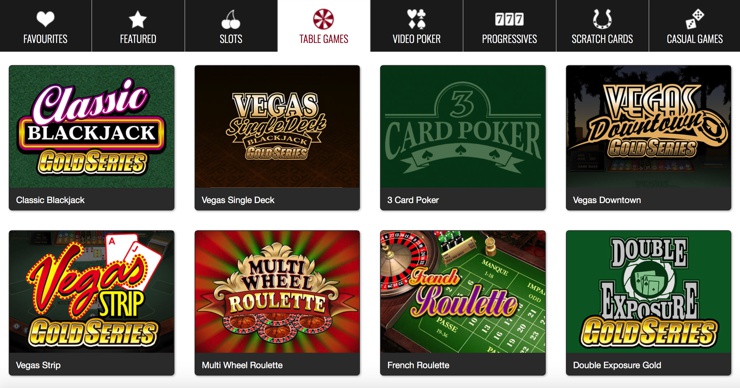 It won’t come as much of a surprise to hear that the slots section is the most dedicated on site. They include hundreds of titles to choose from and even though they are all from the same program, in no way do they feel repetitive. This is mainly down to the fact that Microgaming utilise a huge range of themes and also game types, rarely with more than a handful of games having the same paylines, reels and feature rounds to choose from.

The standout games on site had to include Avalon, Bridesmaids and Terminator, with these also being classics within the online slots industry.

The Blackjack section is probably one of the most comprehensive in the industry, with over 20 different games to choose from. The range of games is very impressive, but it’s how diverse each were that really stood out for us, with the likes of European, Blackjack, Pontoon, 21 Face Up and so many more to choose from.

Roulette follows a similar suit to Blackjack, but on a slightly smaller scale. There are around a dozen games to choose from but they include pretty much everything you could ever need for even the most dedicated roulette players.

Microgaming is synonymous with having one of the best range of jackpot games to play on, especially as they include the likes of Mega Moolah and Major Millions, two of the highest paying jackpot games of all time. The games are played via the Microgaming network and not just on the Platinum Play casino, which means the jackpots rise extraordinarily fast and can offer up real life changing sums of money.

As the casino moves into its second decade of existence, it’s been clear to see that they have managed to move with the times and almost stay ahead of the curve. Fortune Lounge has been able to maintain their progress over the years and whilst the size of the group is smaller than most, it’s allowed them to plough more resources into Platinum Play, of which they have reaped the rewards.

The site is currently based out of Malta and is also licensed by the Malta Gaming Authority.