Virgin is without doubt, one of the biggest brands in the world. The empire created by now billionaire owner, Richard Branson, has gone on to do some pretty amazing things over the last few decades, but their foray into the online gaming industry hasn’t been quite as successful as some of their other ventures.

That’s mainly due to just how successful Virgin has been, rather than a true reflection on how well Virgin Games has done. Since it’s inauguration in 2004 the company have managed to maintain their status as a top online casino, but they’ve never really been right at the top of the pile. We will be looking at how they are going about their business in today’s market and whether they can show the success the brand has craved over the last 20 years. 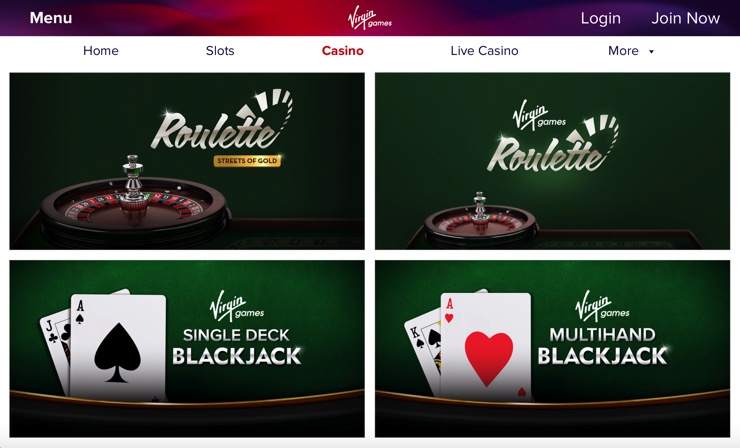 Virgin were famed back in the day for offering up their own casino software and run a totally independent casino. These days things work a little differently and they have expanded to include software developers Gamesys, IGT and NetEnt to increase the range of games that they have on offer. This has definitely been a wise move from Virgin!

The site is can be accessed on your PC or mac via their browser based casino, with no download version available for either platform. You can play games on your mobile as well, but again you can’t download a dedicated app, instead you just visit the site in your smartphones browser and away you go. What we will say is that the range of games on mobile is vastly reduced compared to those available via your browser. We did like the fact that you could play demo versions of all the games in your browser and the ones available on mobile as well, which is a welcomed added feature.

In total there are around 100 games to choose from across the Virgin games casino, which is a smaller number than most offer, but in reality, it’s more than you would ever really need. Virgin are pretty good at updating their catalogue though and they suggest on their website that each week games are reviewed and removed where they see fit. We know that the potential number of games on offer from the software developers they are linked with could yield a much larger collection of games if they wish, so it’s obviously limited for a reason. 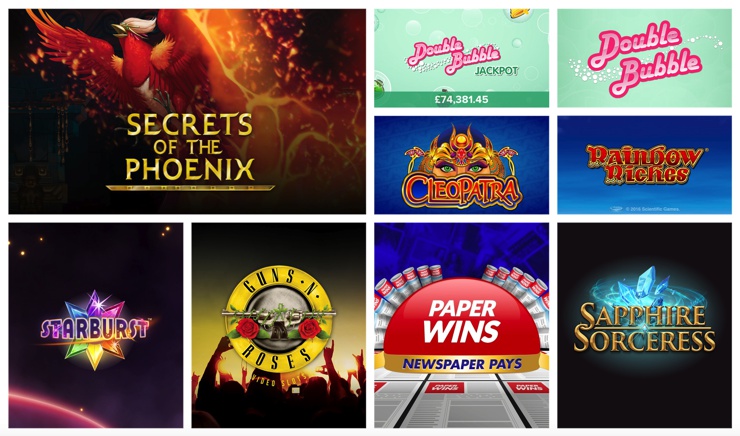 The slots section is going to give you about 75 games to chose from and as we mentioned, the number is on the low side. We were impressed with the quality of games on offer though and whilst they aren’t the household names that many might be used to, they offer a nice variety and a change from the norm is never a bad thing. Standout titles for us included Wheel of Fortune, Lucky Town, Wonderland and Winstones, to name a few.

The range of roulette games is not quite as impressive, with just 4 to choose from. You get the multiplayer games, 3D roulette, classic roulette and a high stakes game to accompany them.

Video poker has a fairly mundane following on Virgin games, with just three variations of the popular game. These include ultimate video poker, classic vide poker and 3 Card poker.

The range of jackpot games was highly disappointing on the site, with the only recognisable title that we could see being that Deal or No Deal. There is no easy way to determine which games have progressive jackpots either, which it makes it difficult, especially if you don’t really know which games you need to be looking out for.

Virgin Games has been running since 2004 and in that time it’s fair to say the company have had mixed success. They started life on their own casino platform, which actually worked out pretty well. In 2004 the industry was a lot different to the one you see today and that’s why they decided that things needed to change.

The company was actually partially sold to that of Gamesys in 2013 and it was these guys who came in and decided that they needed to expand the range of games that were on offer. As we have mentioned above, the casino still only has a limited number of games compared to most of their competitors, but this has been improving over the last couple of years and we would expect it maintain this trend in the forthcoming years.

Nozee Limited, who are part of the Gamesys Group, now operates the brand. Nozee have an extensive history within the online casino industry and are licensed by the UK gambling Commission and Gibraltar Gambling Commission respectively.